Drugs, cash and vehicles seized in arrest of 19-year-old gang member in Abbotsford

Abbotsford police have seized drugs, thousands of dollars in cash and two vehicles in the arrest of a 19-year-old gang associate.

Police said Sukhjit Malhi is in custody after being charged with breaching a court order and possession for the purpose of trafficking fentanyl.

“We believe that disruption of the Lower Mainland Gang Conflict and their drug trafficking at all levels is a top priority and is crucial to improving our public’s safety,” said Sgt. Vic Gamboa of the Abbotsford Drug Enforcement Unit in a statement.

Police said at the time of his arrest, Malhi was on bail for trafficking fentanyl, cocaine, heroin and meth, as well as firearms-related offences. 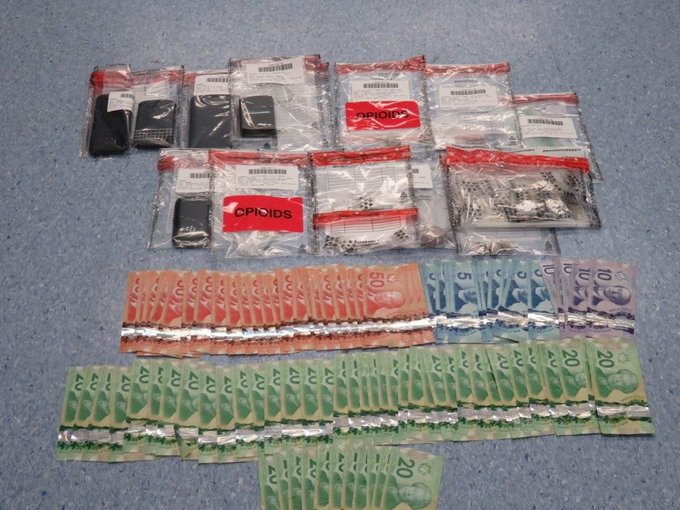