A woman who described her treatment at a rural Nova Scotia hospital as “death by a thousand laxatives” has been successful in her complaint against the lead doctor who mistook cancer for constipation.

Even though she survived her ordeal, Isabel Palmeter never lived to see the decision issued this month by the College of Physicians and Surgeons against Dr. Mark Kazimirski. Palmeter died in November after a second battle with cancer at the age of 86.

The college — the body that regulates doctors in the province —  reprimanded Kazimirski for failing to meet the expected standard of care for Palmeter after she was admitted to the Hants Community Hospital in the town of Windsor, N.S., on Jan. 31, 2015, complaining of intense abdominal pain.

Palmeter had gone to the hospital earlier in the day with similar symptoms and was prescribed a laxative by another doctor. Though her condition didn’t improve, Kazimirski prescribed enemas, IV fluids and more laxatives for constipation once Palmeter was in his care. 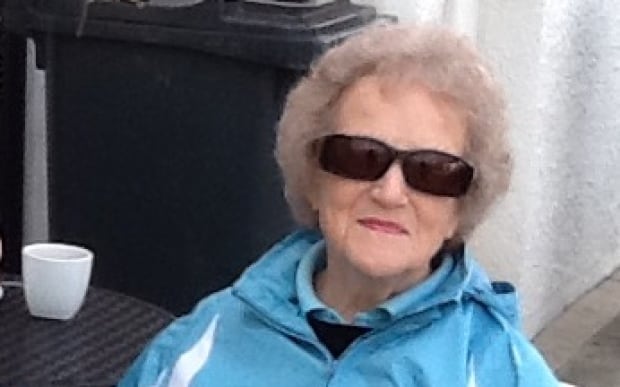 Isabel Palmeter died last November after a second battle with cancer at the age of 86. (Dale Palmeter)

“Dr. Kazimirski failed to entertain a higher degree of suspicion for bowel obstruction in a previously healthy elderly woman with no results from ongoing treatment for constipation,” the college said in a disciplinary decision dated Aug. 3, calling the physician’s actions “inadequate.”

By the time she arrived in an ambulance, doctors told her family she was about an hour from death, recalled her son.

“The doctor [Kazimirski] made an assumption of what was wrong and then held to it until she was practically dead,” Dale Palmeter said in an interview.

Physicians in Halifax found a cancerous tumour that required months of chemotherapy, he said. His mother ended up having multiple surgical procedures, the decision notes, including having her ovaries, fallopian tubes and most of her colon removed. She also required an ostomy. 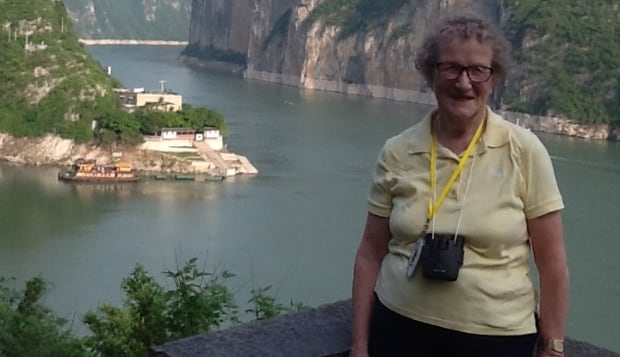 Dale Palmeter described his mother Isabel as a regular gym-goer who liked to golf in the summer and curl in winter. (Dale Palmeter)

Palmeter said he didn’t realize his mother was in distress until Kazimirski called and asked if he thought she would want surgery.

“I did not know what the problem was,” said Palmeter, who described his mother as a regular gym-goer who liked to golf in the summer and curl in winter.

“I simply knew that my mother had gone into that hospital a very well person, presenting herself as very well with some discomfort resulting from what later was found to be a blockage.”​

As Palmeter sees it, the problem with his mother’s treatment was that she was kept in the Windsor hospital too long, when she should have been sent somewhere with a CT scan to determine what was wrong with her.

“She should have been sent to Halifax where they could have done the scan to determine what the obstruction was,” he said.

As soon as Isabel Palmeter recovered from the surgery she received in Halifax, she filed a complaint against Kazimirski.

In its decision, the college found several shortcomings in Kazimirski’s assessment and treatment of Palmeter, including:

Kazimirski was ordered to undergo additional training in medical record-keeping and his practice will be audited six months after he completes that training.

“Dr. Kazimirski is a wonderful guy, tremendous physician, has given and continues to give great service to the people of Windsor,” Downie said in a brief phone interview.

“Difficult things happen from time to time and he’s moving on. He’s a very, very sound physician and really, I think that’s all we’d want to convey.” 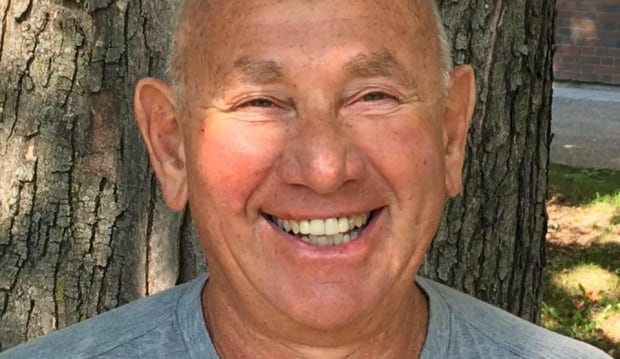 This is not the first time Kazimirski has been in trouble with the college.

He was reprimanded in 2006 when he billed MSI, the province’s medical insurance program, for procedures that were performed by a medical graduate he was observing.

Kazimirski was ordered to repay the money he had collected.

Looking to the future

For Dale Palmeter, his mother’s case may carry a broader lesson about ensuring patients receive the appropriate level of care in a facility that’s equipped to do so.

“I think small rural hospitals are perhaps best serving as clinics of some sort,” he said.

“We can’t probably afford the same staff and diagnostic equipment that you might have in Halifax in every small hospital in every little community in the province — I don’t think that it’s feasible.

“And given that it’s not, then don’t pretend that you can provide that level of care to patients … transfer them quickly to facilities where those services are available. And in this case, it’s 40 minutes down the road.”

The Nova Scotia Health Authority, which is in charge of the Hants Community Hospital, issued a brief statement saying it was aware of the college’s decision and respects it.