After a wild start to the work week with torrential rain slamming the city with flooding, calmer conditions move in for the rest of the Saskatoon Ex!

Up to 57 millimetres of rain was reported in parts of Saskatoon on Tuesday as heavy rain caused flash flooding across the city.

The culprit – slow moving thunderstorms on the north side of a low pressure system that tracked just south of the city. 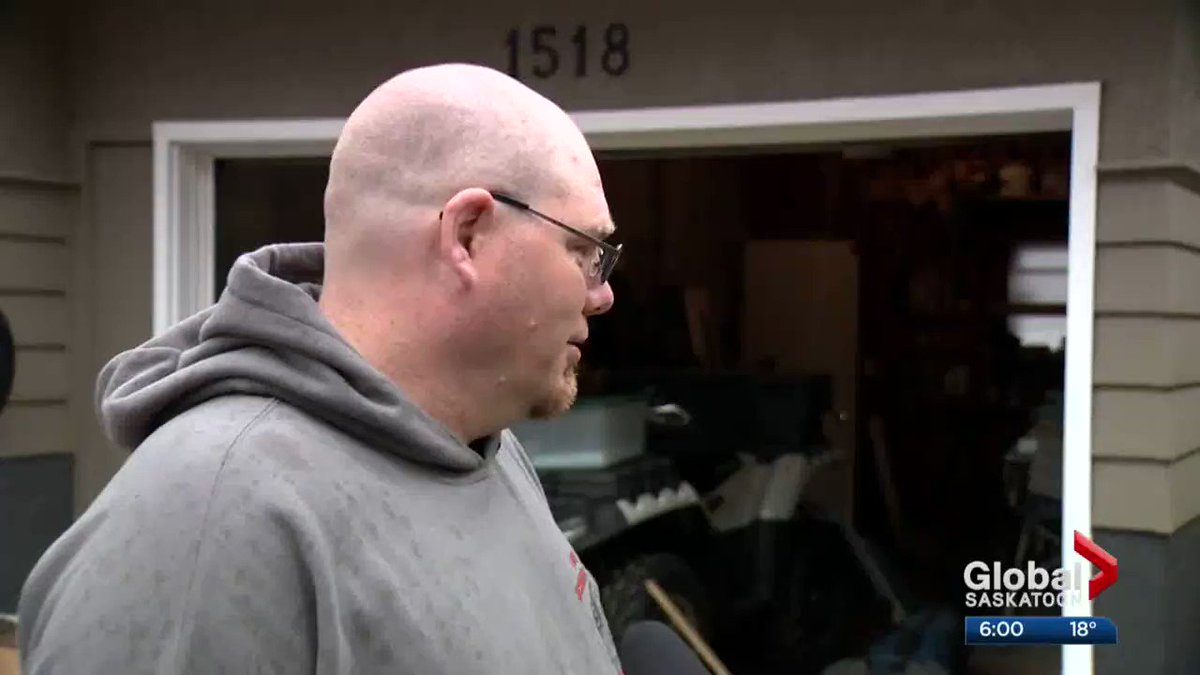 Heavy rain drenched the Nutana district of Saskatoon with over 50 mm in a one-hour period at an unofficial station near Taylor Street and Preston Avenue.

Heaviest rain was reported in the Nutana area of Saskatoon.

There were numerous reports of flooded streets and basements.

Streets were turned into rivers in parts of Saskatoon on Tuesday, Aug. 8, 2017.

Funnel clouds were also reported as the thunderstorms first developed.

Up to 44 mm of rain was also reported at Last Mountain, 35 mm in Wynyard and 22 mm in North Battleford.

After a wild start to the work week, calmer conditions moved in on Wednesday.

Temperatures started out a bit cool, around 7 degrees, but quickly warmed up into the low 20s by late morning under mostly sunny skies. 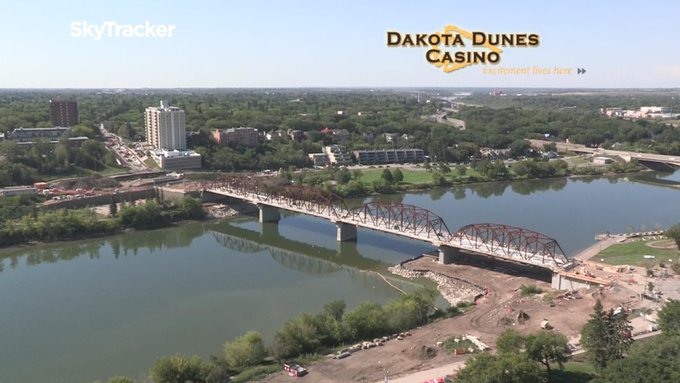 Much calmer & drier day in Saskatoon under mostly sunny skies this 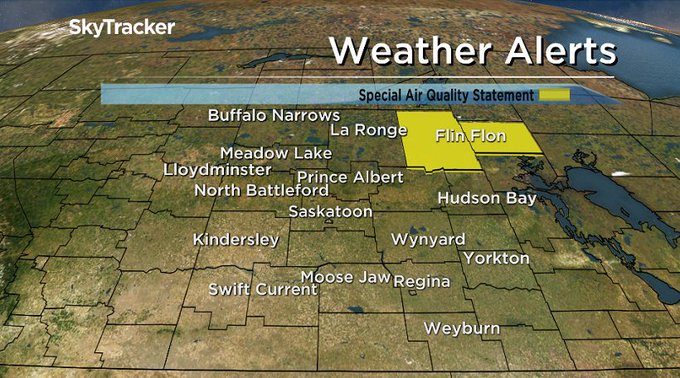 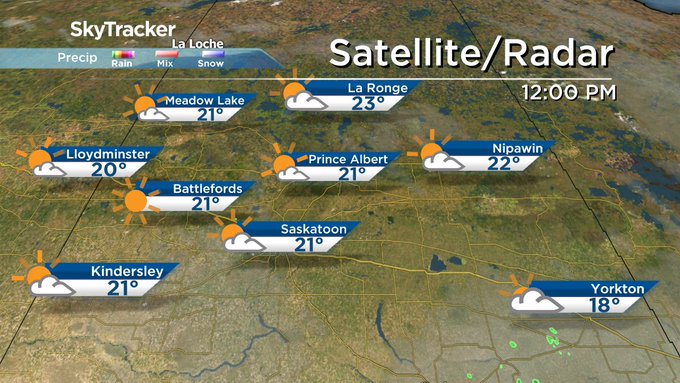 Predominantly sunny skies will stick around for the rest of the day with an afternoon high a few more degrees into the 20s.

Clear skies will stick around tonight as we cool down into single digits by a degree or so.

High pressure moving out will keep skies clear to start the day Thursday, but we’ll see some cloud cover building in later on as we warm up to a high in the mid 20s.

UV index will be high, especially to start, so be sure to slap on some sunscreen if heading out to Canada 150 Day at the Saskatoon Ex.

A weak upper low swinging through Friday will bring in mostly cloudy skies with a chance of showers, particularly early in the day.

Despite the rain, we’re hoping to make it up to a high in the mid 20s once again by afternoon.

A chance of more rain moves into the forecast on Friday.

A few clouds are likely to stick around on Saturday before we clear out and get back into sunshine for Sunday as a short-lived upper ridge pokes in with daytime highs around 27 degree both days.

Ryan Wunsch took this Your Saskatchewan photo west of Stoughton:

Saskatoon weather outlook is your source for Saskatoon’s most accurate forecast and is your one stop shop for all things weather for central and northern Saskatchewan with comprehensive, in-depth analysis that you can only find here.