‘The end of the road’: libel charge against Charles LeBlanc not approved

A charge of libel against Fredericton blogger Charles LeBlanc has not been approved by the Crown after an investigation by members of the Edmundston Police Force.

The Crown did not approve a charge of libel against Fredericton blogger Charles LeBlanc following a complaint filed with the Fredericton Police Force that was investigated by police from Edmundston. (CBC)

Another charge of libel against Fredericton blogger Charles LeBlanc has not been approved by the Crown after an investigation by members of the Edmundston Police Force.

Edmundston police were asked to investigate a complaint made against LeBlanc to the Fredericton Police Force.

Because of LeBlanc’s contentious history with Fredericton police, the force asked the Edmundston department to do look into the complaint.

In November 2016, two members of the Edmundston Police Force arrested LeBlanc near the New Brunswick Legislature in Fredericton and told him he was being investigated for defamatory libel.

The New Brunswick attorney general later ordered the charge dropped because Section 301 had been found unconstitutional in other jurisdictions. Under 301, it doesn’t matter for a conviction whether a person who publishes a libel knows the material was false.

Later, Edmundston police pursued its libel investigation of LeBlanc under Section 300, which states: “Every one who publishes a defamatory libel that he knows is false is guilty of an indictable offence and liable to imprisonment for a term not exceeding five years.”

​LeBlanc filed a complaint with the New Brunswick Police Commission about his arrest in November.

The commission recently informed him it was reopening the investigation into his complaint since it had been informed a charge against him was not approved by the Crown.

New Brunswick Police Commission executive director Steve Roberge confirmed the existence of the letter to LeBlanc, which states Edmundston police Chief Gilles Lee advised the commission that charges against LeBlanc were not approved by the Crown.

“That’s basically the end of the road,” Gilles said in an interview. “That’s the way we see it.”

LeBlanc’s rocky history with Fredericton police goes back to 2009, when he posted video of Fredericton officers making a violent arrest of a man outside a city nightclub. One of the officers was subsequently charged with assault but was acquitted in court. 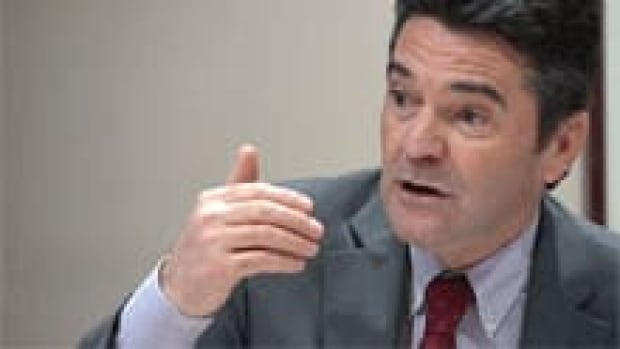 In June 2011, a Fredericton police officer issued LeBlanc a ticket for not wearing a bicycle helmet.

In July 2011, LeBlanc posted comments and a photo of the constable who issued him the ticket, referring to him as a “fascist cop” and “sexual pervert Quebecois Const.”

The constable initiated the defamatory libel complaint against LeBlanc that led to the 2012 charge that was later abandoned.

In 2012, the City of Fredericton hired former ombudsman Bernard Richard to review the Fredericton Police Force’s handling of the initial criminal libel case.

Richard said the force should have “farmed out” the investigation of the initial complaint about LeBlanc.

The Edmunston police chief would not confirm that its investigation of LeBlanc was related to the same blog posts that provoked the libel investigation by Fredericton police.

Source: ‘The end of the road’: libel charge against Charles LeBlanc not approved