Tougher measures against drunk driving, in the works for about two years, will likely go into effect in November. (CBC)

Under proposed changes, vehicles would be impounded for duration of licence suspensions

Proposed changes to drunk-driving penalties in New Brunswick, including impounding vehicles, mandatory ignition interlock, and longer suspensions for repeatedly blowing a warning level on a breathalyzer, should be in effect Nov. 1.

The plan was first announced in December 2015 and proposed regulation amendments have now been posted on the government’s website for a 30-day public comment period.

‘It’s almost paralleling what you do for alcohol — you need to have the same things in place for drugs.’– Andrew Murie, MADD Canada

The CEO of MADD Canada calls the tougher measures “absolutely fabulous” but “a long time coming.”

Andrew Murie said he expects the biggest impact will come from giving police the ability to impound cars at the roadside.

“That’s really difficult to explain to your family, to your employer, and so that’s the game changer,” Murie said.

As it stands, drivers with blood alcohol levels of .08 or higher at roadside are immediately suspended from driving for 90 days, even before their cases go to court.

Drivers with levels of .05 to .08 lose their licences on the spot for seven days but only have to park their vehicles overnight.

“You would hope people would abide by that licence suspension, but we know 80 per cent of people continue to drive even when their licence is suspended,” Murie said.

Under the amended legislation, the vehicle will be impounded for the length of the driving suspension.

Murie said it’s taken all this time to set up impound lots and work out all the the required legislative amendments.

His message to the New Brunswick government now is not to rest on its laurels because similar measures will have to be adopted before marijuana is legalized next summer. 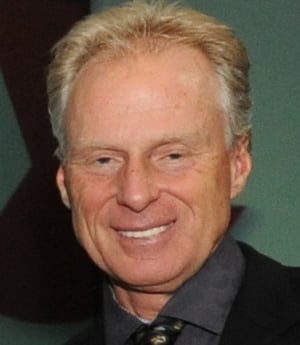 Andrew Murie of MADD Canada says the New Brunswick government’s next road-safety concern should be about people driving under the influence of marijuana, especially after the drug becomes legal. (MADD Canada)

A federal bill introduced last spring will give police the ability to do roadside saliva tests, he said.

“That will be a great help to New Brunswick enforcement agencies,”Murie said.

But he said the provincial government should see to it that drivers who fail the oral fluid test, as with those who fail the breathalyzer, also have their vehicles impounded.

And new or young drivers who use cannabis should also face zero tolerance policies, he said.

“It’s almost paralleling what you do for alcohol — you need to have the same things in place for drugs.”

Murie said New Brunswick and Nova Scotia are the only two provinces that have no countermeasures, such as a field sobriety test, to deal with drugs and driving.